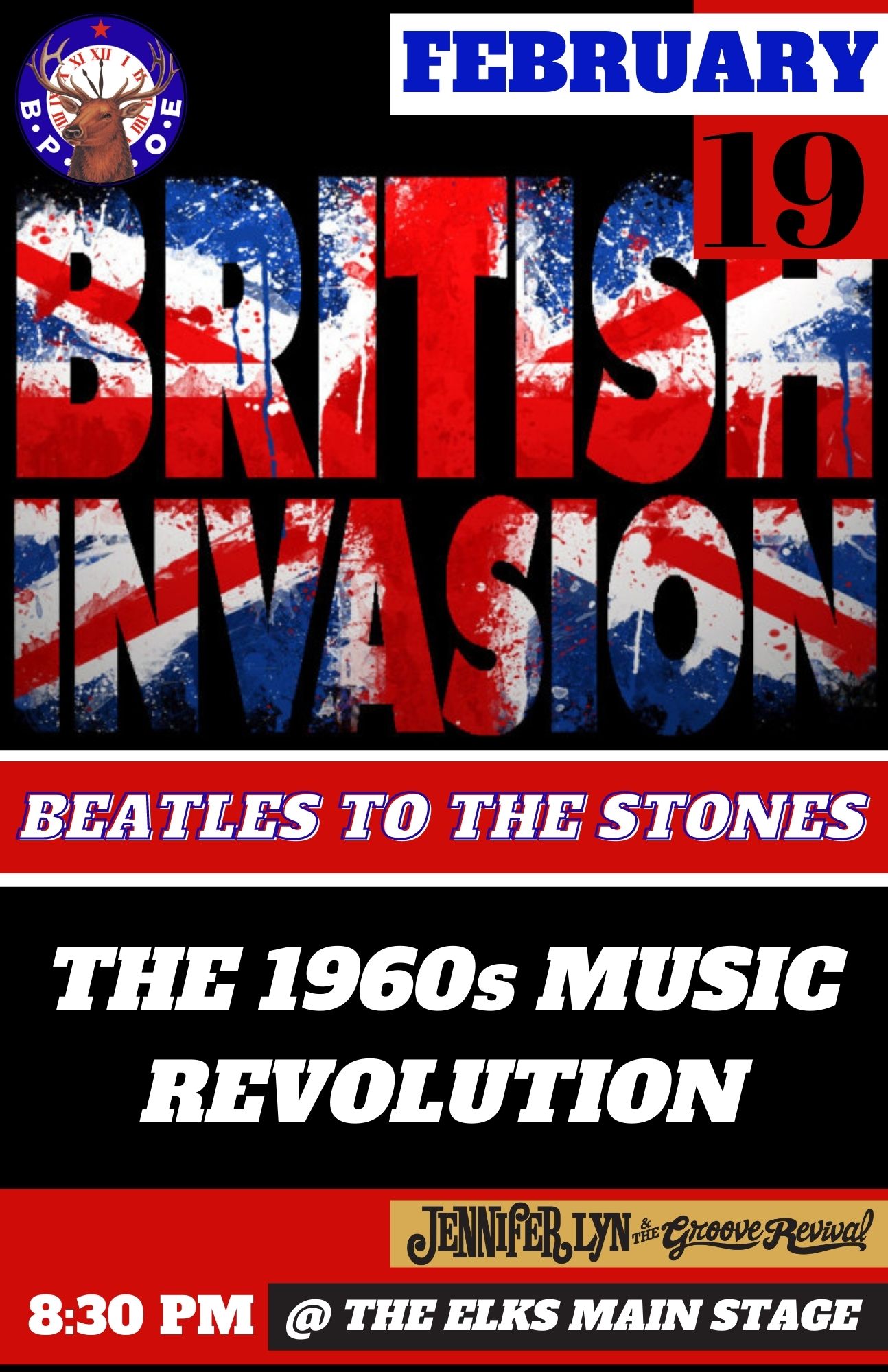 DETAILS: The British Invasion was a cultural phenomenon of the mid-1960s when rock and pop music acts from the United Kingdom (UK) became popular in the United States. This event will be a performance of music from Bismarck-based band Jennifer Lyn & The Groove Revival (featuring Richard Torrance on guitar) as they pay tribute to the bands from the UK that helped shape the 1960s music revolution.

We use cookies to ensure that we give you the best experience on our website. If you continue to use this site we will assume that you are happy with it.Ok